What was the RMS Titanic?

In 1907 two men began planning the building of two gigantic ships. One of them was J. Bruce Ismay, director of the White Star Line, the other was Lord William J. Pirrie, chairman of Harland & Wolff in Belfast. 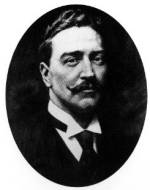 The purpose of this plan was to make the White Star Line the best in carrying passengers across the Atlantic while providing the latest in comfort and elegance. These ships were to belong to the 'Olympic-class'.

On July 31, 1908 the contracts were signed by the shipyard regarding the building of the Olympic, Titanic and a sister ship, Britannic,that would be built later. Titanic was to be 882 feet long, 92.5 feet wide and 101 feet up to the bridge. Price: £1.500.000 (today about £1.000.000.000 !). The dimensions were so enormous that two new docks had to be built on both sides of the Atlantic to accommodate these two giant steamers, and the shipyard had to be reconstructed a bit, so that it now just had space enough for two ships and not three.

So at last, 31.May 1911, the Titanic's hull was launched in Belfast.
(It excists several pictures of Titanic where the name is painted on the bow, this is not right. If you examine these pictures closely enough, you'll see that someone have painted the letters on the picture.
In the movie "A Night To Remember" Titanic is being christened. This never happened. Harland & Wolf and the White Star Line almost never christened their ships.. You may read more about this and other "Weird Oddball Facts" at this site.)

As we now know, RMS Titanic left Southampton 10th April 1912, with Captain Edward J. Smith, (White Star Line's most experienced captain) behind the wheel, heading for New York. After a short stop in Cherbourg in France to receive more passengers and more mail, she continued to Queenstown, Ireland (to receive even more passengers and more mail). Later the same afternoon the worlds greatest passenger ship ever built set sail into history and would never be seen again until Dr. Robert D. Ballard found her - 12,460 feet below the surface of the Atlantic Ocean in 1985.